We were pleased to welcome filmmakers Miho Aida, Derek Hallquist and Casey Atkins. 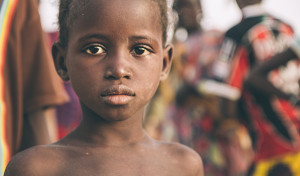 Each year, millions of people are driven from their homes by natural disasters such as floods, storms, and droughts. Most live in the world’s poorest and most conflict-ridden states, and lack the resources to recover after a crisis. As climate continues to change across the globe, natural disasters will become more frequent and more severe. 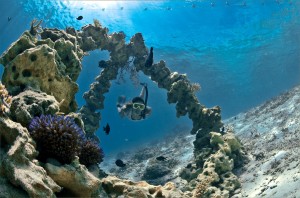 Gili Island is a popular destination in Indonesia with more than 6,000 species of marine life living just offshore. Tragically, most of the East and North coral reefs in Gili Tranwangan have been damaged by bomb fishing, anchoring, tourism development and storms. Local biodiversity continues to be remarkable, providing habitat to blue coral (helliopora sp), a protected species, in addition to green turtles, sharks, manta rays and more. This is a high priority area for coral reef rehabilitation. It urgently requires a program to preserve the reef and its biodiversity. Notably, this area is in the process of becoming a protected National Park.

This film documents the work of the Manta Reef Restoration Project, which seeks to create an artificial reef that will include a self-guided underwater path dedicated to the education of visitors about coral and their ecosystem.

The Sacred Place Where Life Begins – Gwich’in Women Speak
(Miho Aida – If She Can Do It, You Can Too)
Filmed & Produced in USA (19 min)

The Gwich’in people, native to northern Alaska and Canada, call the coastal plain of the Arctic National Wildlife Refuge ‘The Sacred Place Where Life Begins.’ This area is the birthing and nursing ground for the Porcupine Caribou Herd, on which the Gwich’in people have depended for millennia.

Since 1988, the Gwich’in nation has been gathering every two years to discuss the threat of oil and gas development on this sacred land. This film shares the voices of Gwich’in women at the 2010 gathering, who speak for their sacred land, the caribou, and their way of life. These women inspire audiences around the country to action and will move you to join their effort to protect their sacred land. 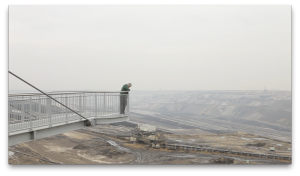 In 1983 the German energy giant RWE started digging for coal in the Garzweiler II pit. Since then 16 villages around the mine have had to be resettled. Borschemich is next to be bulldozed away. In the 80s, 760 people lived here – nowadays there are only fifty left. In 2015, the village will be gone.

Against all odds, Helmut and Joachim Meier run the nursery they built 30 years ago until the very end. Life is grey and lonesome, but there’s one hidden place where the world still seems to be alright. 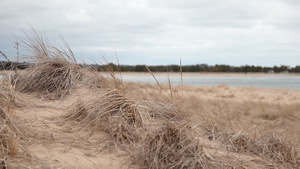 On Plum Island, MA, residents struggle to prevent erosion from destroying their homes while environmentalists and others tell them to leave. 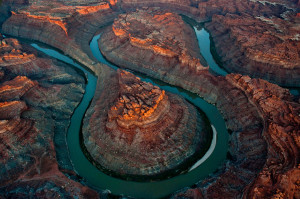 The Colorado River runs 1450 miles across seven states and two countries supplying water for 36 million people. It flowed to the sea for six million years but has not kissed the ocean since the late 1990s.

This film is a video poem to highlight the beauty and challenges of this national icon, American River’s Most Endangered River for 2013.

Young filmmaker, Derek Hallquist travels to Barrow, Alaska on a chance invitation from Dr Paul Shepson to document Atmospheric Chemistry and the melting sea ice. With a background in cinematography and special access, Derek captures beautiful images of a place rarely seen by the rest of the World. Dr. Shepson and his team from Purdue University convert a Cessna airplane into a flying laboratory. The plane takes samples around the sea ice and over North America’s largest oil drilling operation in Prudhoe Bay.

While Derek is there, to his surprise, the local community is the more fascinating subject. Families financially supported by big oil come to grips with the reality that the ice is truly disappearing due to the use of fossil fuels. The truth can no longer be ignored or misconstrued by leaders and media. We are not two worlds we are one planet, we can only succeed working together.