The 2013 Earth Port Film Festival featured short films focused on inventing, discovering, inspiring, catalyzing, or documenting environmental action with a special focus on climate change. The festival took place on April 21, 2013 at the Firehouse Center for the Arts. Thank you to all the filmmakers who submitted entries to the festival.

We took a virtual trip around the U.S. and beyond, to learn how people around the globe are addressing climate change and other ecosystem issues — from a student environmental justice activist in Boston, to an Inupiat community protecting the Arctic waters; an off-grid community in India undergoing an energy revolution, to a young woman in Kenya challenging a threat to a community’s water supply; from a mermaid’s poetic ode to a man’s unique tribute to his bicyclist father. These films were screened along with other selected shorts. A listing of the films and details are shown below.

The film festival was designed for all ages and several films were submitted by student filmmakers and/or feature young people, including “Frog, Chemical, Water, You,” “Bottle vs. Tap” and “Kids Can See It, Why Can’t We.”

The Secret Life of Beef  (Inform.Inc) 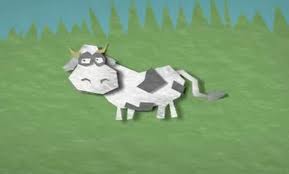 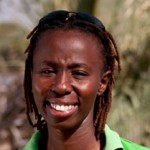 Ikal Angelei returns to her Kenyan homeland to stop construction of a $60 billion dam that would imperil Lake Turkana  and the people whose survival depends on it. 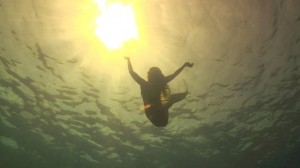 Susan Rockfeller’s latest and most personal documentary is the representation of the award winning filmmaker, activist and conservationist’s love for our ocean. Using the archetype of the mermaid, the film presents a poetic ode to the sea as well as a plea for its protection. 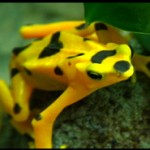 Because amphibians have sensitive skins, scientists use them to gauge the health of the worldwide ecosystem. With nearly half of the world’s amphibian population in decline, we’re all potentially in big trouble. Commissioned by the Smithsonian Institution for exhibit at the National Zoo, this short is both appropriate for tweens and appealing to adults. It examines the impact  that chemical contaminants play in world-wide amphibian declines and some simple things you can do to start reducing your chemical footprint today. 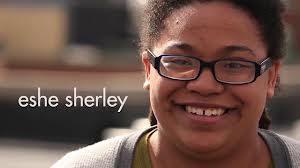 Stories of TRUST features the voices of daring youth from across the country who are taking legal action to compel our governments to protect our atmosphere, in trust, for future generations. In TRUST Massachusetts, meet Eshe Sherley, an 18-year old French horn-playing, basketball-playing, system thinker who understands that if you don’t have environmental justice, then all the other rights we fight for won’t matter. Reflecting on the civil rights movement, Eshe leanred how our leaders pursued legal action because the legislature would not address discrimination. She saw a parallel with our climate crisis. Eshe shares, “The legislatures don’t see why protecting the climate is important, so now we’re appealing to the judicial system the same way that civil rights leaders did.”

Kids Can See It Why Can’t We? (Climate Reality Project)

A lighthearted look at why kids can see the effects of global climate change when adults can’t.

Four million off-grid Indians are undergoing an energy revolution with sustainable ways of living. They are already living virtually carbon-free in the world’s most unique and largest wetland. Two of their islands have vanished because of rising sea levels due to the effects of climate change. With 1.3 billion people still looking to get electricity in the world, these sustainable options may just save our planet. 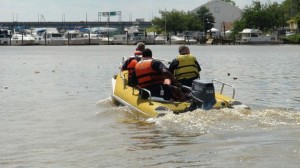 This film makes a compelling case that the best way to serve the continuing clean-up of the Anacostia River is to change how we talk about it. We need to shift the narrative from dirty and neglected to valuable community asset. “To fully restore the Anacostia River we must restory it”

The Man Who Lived on His Bike (Guilleume Blanchet) 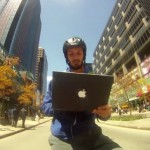 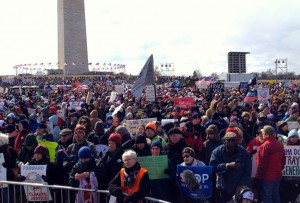 On February 17, 2013 nearly 50,000 protesters gathered on D.C.’s National Mall to demonstrate to President Obama that his country’s people are ready to move forward on climate. 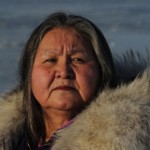 Caroline Cannon is bringing the voice and perspective of her Inupiat community in Point Hope to the battle to keep Arctic waters safe from offshore oil and gas drilling. 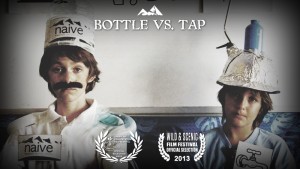 A student film. Bottle vs. Tap takes place on a television debate show where guests representing bottled water and filtered tap water try to convince the audience that their water is better. 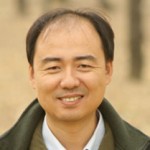 Maroroi Vuravura “Save the Earth”  (350Fiji and Pacific Voyagers Foundation) 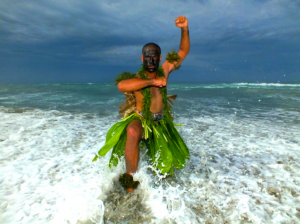 On the Pacific Warriors Day of Action they showed the world with their war dances and chants, that their are passion and willingness to defend their home is absolute. 350 Fiji’s message  is “100% Possible with You” — they believe that it is 100% possible to change the course of history and that it can only be achieved when we all stand together in solidarity. They refuse to be labeled as “victims of climate change” and are ready to let the world know that, despite the challenges they face from climate change, they will defend their land, their culture and their identity till the very end. They refuse to admit defeat!