Best Youth Film
The Emotional Dimensions of the James River

Eight short films addressing the theme of creating, discovering, inspiring, catalyzing or documenting environmental action have been selected for screening at the 2015 Earth Port Film Festival.

Michelle Marquez, a fifteen-year-old scientist and artist, conceptualized, produced and directed this short experimental film in collaboration with Patrick Gregory and music of Lincoln Mitchell. She aims to challenge the traditional division and separation between Science and Art. Her three-year journey in research has revealed the deeply rooted biological connection that the human brain forms with complex images, sounds, and music. She is breaking the barrier between Art and Science to create a unique visual and audio experience of time perceptions and emotional dimensions. She invites viewers to ride this emotional roller coaster while dreaming about a place “Where Science Meets Art” at the James River.

This story has been shared for generations in the High Arctic. It begins with a picture of the hardships of life when you don’t have a family. However, the story quickly changes to one of survival, kindness, and hope. As we explore this traditional Inuit folktale, we move across snowy winter landscapes of the lands at the top of the world.

This piece of Inuit oral history was brought to the big screen under the direction of Neil Christopher (producer, director, writer) and Louise Flaherty (producer). The scenes in the film were digitally painted by world-renowned artist Eva Widermann. The scenes were then carefully given life and movement under the expert supervision of award-winning animator Daniel Gies. 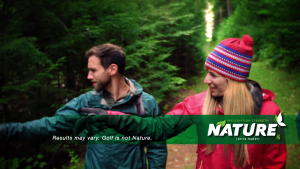 Nature has a marketing problem. Polar bears, mass extinctions, ice caps, and hurricanes are not waking people up fast enough. Rampant apathy, busyness, and consumerism plague our modern lives and distract us from who we really are – human beings – products of this Earth.

Prescription Strength – a timely, hilarious and poignant satire – challenges and reinvigorates the whole conversation about preserving our planet, inspiring people to look with totally fresh eyes at how we value our world, other beings, and importantly ourselves. Delivered in the perfect post-modern capsule – a prescription drug commercial with just the right mix of compassion, humor, and courageous honesty – Prescription Strength reminds you what you truly are… 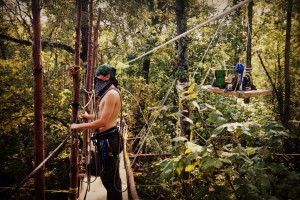 Activists in Texas are determined to stop the Keystone XL Pipeline from being built. After a 40 day tree sit fails to stop construction, two activists plan to lock their arms to heavy machinery in order to disrupt the pipeline work.

Once the largest ecosystem in the Middle East, and the rich homeland of Sumerians for millennia, the Mesopotamian Marshes were destroyed systematically by Saddam Hussein so that they couldn’t shelter rebel forces. Drained and burned, the vital wetland habitat seemed lost forever. Iraqi exile Azzam Alwash, who spoke about his work at Mountainfilm in 2004 and 2008, never accepted that this magical place of his childhood could simply cease to exist. For the past 10 years, he has wheedled, cajoled, encouraged and coerced his countrymen to help restore the marshes sustainably. 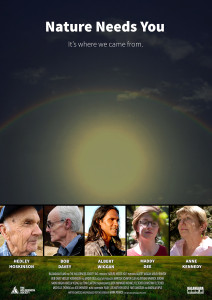 These are the stories of people who are transforming Australia into a society that protects, respects and connects with the natural world that sustains us.

After the seas have disappeared, a courageous young female pilot fights against vicious sky pirates for control of the last remaining source of water: the clouds. The film is a poignant action-drama that touches on human and environmental issues. It’s set in a post-apocalyptic world, but instead of a bleak tale the story is ultimately about hope.

A famously fertile piece of land that had produced food for centuries—and once boasted its own store—had been protected with an agricultural easement, ensuring that it could never be developed into house lots; but there was no guarantee that it would ever be actively farmed again. With the financial help of the landowner, young farmers Ben and Taryn Marcus revitalize the farm and transform the store into a thriving community food hub; yet they live with little security to show for all their toil. SEEDING A DREAM helps us realize the value that young farmers bring to our communities and better understand the challenges these farmers face